Colby Evans can leap from one country to the next in a heartbeat. She can see every sunset in every time zone in the same day. She can travel across the world in a flash. She defies gravity and physics with every breath she takes. She's tested her abilities and found them limitless.
She is the lightning. She is Lucent. And nothing can stop her.
Except him.
Theodore Ramsey isn't supposed to be able to flash like Colby. The power of travel is passed on from mother to daughter in their people. Except once in every hundred generations.
Theo is the one.
He can flash like Colby. And it makes him a target to their enemies and to himself. His abilities change everything he knows about life and throws his future into an uncertain tangent. In fact, the only thing certain in his life is the love he feels for Colby.
Their love defies time and space and has been the only constant thing in their lives since childhood. But even their infallible love will be stretched to its limits.
She will risk her life to protect him. But he will risk everything to protect them all.h here.

Her life is just as messed up as her name.

All she wanted was a friend---one that knew her and not her circumstances. She needed somewhere to call home. Hers was an open door for countless men looking for the services her mother offered them. She camouflaged herself against lockers and blackboards to avoid the stares and whispers at school.

And then she found Cal...and Fade.

Cal lives like Frankenstein, rising at night to work and just trying to make it until dawn. He avoids most relationships, afraid of the things he will be asked to do. He moonlights as Fade, a radio station DJ who spends hours counseling his peers on their troubles. It was all mundane until Jocelyn called the station.

Cal and Havok pursue a friendship.

Jocelyn and Fade pursue a relationship beyond the confines of the radio waves.

But when Havok disappears, Cal will find that Havok has been guarding a lifetime worth of secrets. And when Fade and Jocelyn’s all night phone conversations cease, he finds a link between them he never saw coming.

"I can honestly say I haven't read a book like this before. It was gritty and heartbreaking and beautiful all at once. The best part, it was real. The situations that happened, the feelings evoked, were just real." Amazon Customer 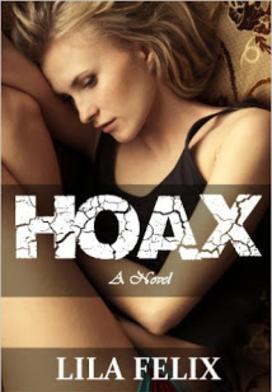 She's spent a long time in a bubble. In an odd turn of events, Corinne is taken out of boarding school and plunged into high school where bullies reign and nice guys come in last.

But this is after she's already fallen in love with Abel over the summer.

Abel is trapped, with friends he secretly hates, but has chosen to stay with the status quo. It's just high school, right?

What do you do when the person you love sees the very worst part of you? And how do you help them when they discover their life is a hoax?

"Felix out did herself with her first paranormal. The characters were likable and intriguing, the males were protective and dominant but not obnoxious and her lead female was truly an enjoyable character. She got it right, and there is nothing better when you finish a book and want to start it right back over because it was just that good. If that's your cup of tea then you need to read Burden by Lila Felix." Quinn Loftis, USA Today Bestselling Author of The Grey Wolves Series.

In the depths of the Louisiana swamps, clans of bear shifters roam freely. Hawke Turnclaw, the Alpha over all of his kind, is drowning in the legacy left to him by the Alpha before him, his own father. When he goes on a rescue mission to save a rogue Black bear from the clutches of a Grizzly clan, he finds more than just a Black bear, he finds his mate.

Echo has always been told she's an anomaly, a fluke. She's the only bear of her kind and that makes her a hindrance to her clan. She's tried to run away, but they keep her tethered through guilt and a shock collar around her neck.

And then someone shows up claiming he's her mate.
Now belonging to a new clan, will she ever be able to understand that she's so much more than just a burden? 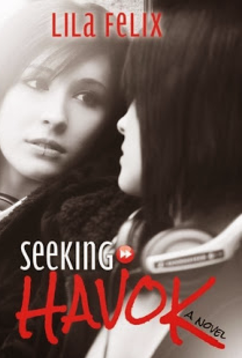 "Lila makes my heart ache and face hurt from ugly-crying. This is the book to read if you want to swoon while your is heart ripped out." Shelly Crane, NYT Bestselling Author of Significance and Wide Awake

"Lila Felix writes the most intense, dynamic characters. They are maybe some of the most real characters I have come across...people you can identify with, sympathize with, and just truly connect with." Kathryn Grimes, Tsk Tsk What To Read Book Blog

On the rink she’s tough, she’s a leader, she’s fast and she’s the epitome of a rebellious girl. But Nellie’s been hurt, only once, but it was enough to make her look at life through different eyes and off the rink she’s a timid girl who loves with no pretenses.
A long time ago Owen Black was betrayed by the girl he thought he loved and the guy he called his best friend. The anguish set off a domino effect of negativity in his life and he never has fully recovered. He meets Nellie Forrester and thinks he can let it go for her.
But how can you love someone when the wounds from your past are still wide open?

Ezra is ruled by the ghosts of his past—and needled by the guilt they create. Not only does he have to manage his own guilt—his friends are forced to bear the weight as well. He lives in limbo, never dreaming of anything that lies beyond the grave.
He wishes for something beyond himself.
He hopes for her.

Hide and seek is Aysa’s game. She begs for small spaces and empty places. But, she secretly desires so much more. She's caught between wanting to hide and needing to break free.
When they find each other, a hope for something new is sprung.
She can't hide from him.
And he comes alive when he's with her.

"Lila is a master at writing my favorite kind of love stories. Her characters are just so likable and beautiful that I need them to come to life right this second and be my friends. And the way they fall in love! So sweet, so slow and steady.Nellie and Owen have actual substance and felt so very real to me. Lila doesn't let me off easy with the heartbreak either; there are definitely some moments of chest-aching, stomach-churning frustration from a certain family member and real issues that speak truth and speak it loudly. " Rachel Higginson, NYT and USA Today Bestselling author.

The Love and Skate Series

"I loved watching the relationship grow between these two characters throughout the summer. It was a sweet thing to see and reminded me of some summer romances I had when I was younger." Mandy Iread Indie